What are Melasma and hyperpigmentation?

In short, they are symptoms of extra active melanocytes at different parts of the skin at different depths. We will not go more in-depth on what induces the irregular behavior of the melanocytes and the abundant production of melanin.

What is the Fraxel Laser, and how does it work?

The Fraxel laser operates by inflicting many small lesions deep inside the skin. Those injuries ‘signal’ your skin to need more collagen in certain areas to mend and cure the problem. Reaching old skin cells with new ones enhances skin texture, tone, and pigmentation.

Patients must prepare themselves in advance for the Fraxel laser to perform at its best:

When using a Fraxel laser to treat your skin, certain side effects are expected. However, a few studies have shown that utilizing a Fraxel laser does not cause significant negative effects. Only 7.6% of 961 patients treated with the Fraxel laser experienced a response to the therapy, with acneiform eruptions and herpes outbreaks being the most prevalent. You may notice redness, swelling, itching, and peeling right after the therapy. Your skin may take up to 7 days to return to normal (Irwin).

For a speedier recovery, proper aftercare is critical:

Fraxel lasers are generally safe to use, but they aren’t for everyone, especially those with darker skin. Using a Fraxel laser to treat melasma may produce inflammation, which might aggravate the problem. Whether you want to know if Fraxel lasers are good for you, you should talk to your dermatologist. You should also look for a board-certified dermatologist with a strong track record who can help you through the full healing process.

An African American female, 51 years old, has melasma patches over her cheeks. The patches are over 20 years old and worsen after a recent chemical peel.

The full protocol cost for the cheek area cost $1500. 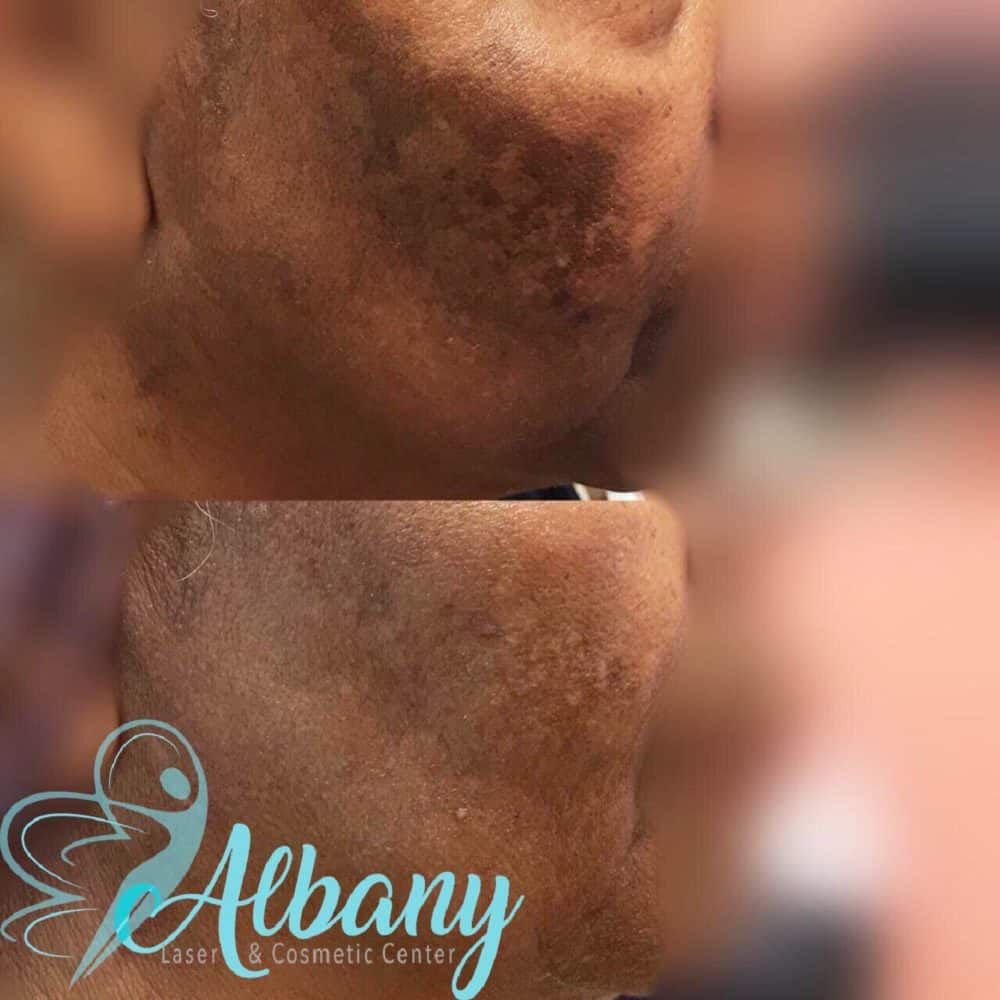