Stretch marks are scarring that can occur when the skin stretches or shrinks abruptly. Although they are most commonly associated with pregnancy, these marks can also be caused by rapid weight gain or loss, puberty, and bodybuilding. Stretch marks are not harmful and do not require treatment. However, many people feel self-conscious about them and may want to reduce their appearance. There are several ways to treat striae, including topical creams, laser therapy, and surgery. The best approach depends on the individual’s preferences and the severity of the scars. Some people may be at greater risk for developing stretch marks, including those with a family history of the condition, pregnant women with twins or triplets, and people with very high or low body fat percentages.

These appear as varying lengths and widths of red and purple lines. They might be wrinkled and glossy at times. They gradually fade to the same hue or tint as the surrounding skin and remain there. Due to their hormones, women are more prone to striae than males. They are most frequently found on the breasts, lower belly, buttocks, and thighs, as well as the underside of the upper arms.

Laser stretch mark removal is done by resurfacing the skin with a laser. Worked by removing the outer layer of skin to help reorganize the skin on top. We use concentrated beams of light during the procedure to make new growth happen, so it’s important. Laser removal can’t eliminate stretch marks, but it can make them less noticeable by making them smoother.

Two lasers for skin resurfacing are used: ablative and non-ablative lasers. The CO2 and Erbium YAG lasers treat striae and resurface the top layer of skin. The new skin tissues will be smoother in texture and look.

Non-ablative lasers, like Fraxel, don’t damage the top layer of the skin. Instead, they focus on the areas of the skin’s surface that aren’t visible. This way, they can make collagen from the inside out.

What Are Stretch Marks

Stretch marks are atrophic scars with a layer of dead skin. They start to form when there is a lot of glucocorticoid production, like during puberty, pregnancy, Cushing’s syndrome, steroids, or too much exercise. In the beginning, striae look like flattened areas of thinned skin with a pink-red hue that may make you itchy. Striae usually grow in length and width and become darker and reddish-purple over time. This is how older striae look: They become white and depressed over time along the long axis aligned with the normal skin tension lines.

Our treatment for stretch marks aims to improve the texture, rebuild the skin-supporting matrix and blend the colour. Most of our patients go through four to eight sessions for best results; these sessions are combinations of different treatment modalities that include

How Effective Is Striae Distensae Removal?

None of the treatments removes all of the striae completely. Pulsed dye laser therapy is best for newer red striae. Sunburned and darker Fitzpatrick skin types can’t be treated with all the different treatment types. Responses to anatomical changes are common. Most of the time, deep and older striae respond more slowly and less dramatically. Non-laser light-based, abrasive, or ultrasonic therapies may benefit some people. Finally, there are many things you can put on your skin to make your striae look better. Many of these treatment methods haven’t been proven safe for pregnant women, so they should be used cautiously.

Gretel Pineda
★★★★★
@GretelPineda
Read More
I had Amazing results with the hair removal. Now I am thinking about other treatments with them. I strongly recommend them...

Cecilia Blank
★★★★★
@CeciliaBlank
Read More
I received some botox and the nurse who did it was great. Very friendly and made me feel relaxed...

Sharie Valentine
★★★★★
@SharieValentine
Read More
Use a laser that actually works. Don't waste your money on Groupons or places with lasers that won't give you results....

Rajbir Shergill
★★★★★
@RajbirShergill
Read More
Excellent service, one of the best doctor I have ever seen and very very friendly staff...

Brenda Franczek
★★★★★
@BrendaFranczek
Read More
Such a great experience. They listened to what I wanted. Didn't try to upsell.... 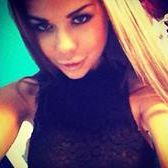 meghan wladyka
★★★★★
@meghanwladyka
Read More
Staff is amazing so kind and helpful! I did my laser hair removal here and she dose an amazing job very efficient...

Duchess@Duchess
Read More
Albany Cosmetic is absolutely amazing! The staff are so professional and caring. Dr. Kamal is truly an artist...

Hannah Pazderka
★★★★★
@HannahPazderka
Read More
Dariane was lovely to work with, and everything went smoothly. Can’t wait to see the final result! 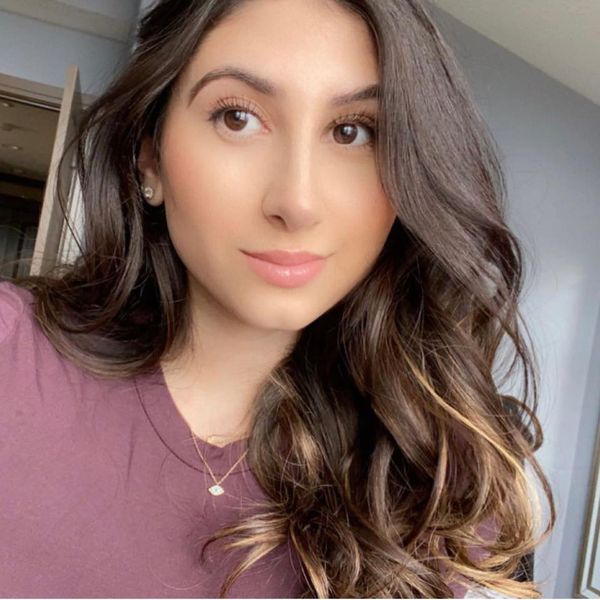 Lilly Naboulsi
★★★★★
@LillyNaboulsi
Read More
Dr. kamal was also very professional as well as quick and talented. I am extremely satirized with my experience...

Crystal Haley
★★★★★
@Crystal Haley
Read More
I would recommend albany cosmetics to all my friends and family the doctor and staff aesthetician are all so polite and professional...

Nashia H
★★★★★
@NashiaH
Read More
Dr.Kamal and his team are extremely professional and offer amazing services. Their office is extremely clean...
Previous
Next
Previous
Next

The redness, bruising, and swelling might last one week

You may repeat sessions every 4 to 12 weeks

You will notice an improvement in colour and texture after the second treatment.

How many Stretch Marks treatments are required?

Most patients need three to four treatments to achieve complete results. On average, it can take up to eight weeks to see results.

What is the most common side effects of Laser procedures?

Redness, swelling or bruising around the targeted area. However, these signs disappear within a few days or weeks. Patients may also experience dryness in the area. Lubricating the area with Aloe-Vera can help reduce dryness.

How does Laser Work for striae distensae?

Fotona uses a special laser Frequency, a safe infrared light. The heat energy removes the fat cells efficiently, shrinking the fat cells to their normal size. When this is done, the fat will no longer appear on the surface of the skin.

Is Fraxel Effective for Stretch Marks?

Fraxel is a fractional non-ablative laser with two wavelengths. It is the golden standard of skin resurfacing, with special wavelengths and rolling tips. The laser energy will be absorbed by water in the skin and turned into heat to renew skin collagen.

When striae distensae are in their early stages of development and are purplish/red in color, lasers that eliminate veins (Dye lasers) are typically quite efficient in removing the redness and preventing the elastin and collagen fibers from becoming disordered. Unfortunately, because the majority of individuals wait until the stretch marks become visible before seeking help, this procedure is rarely employed. Fractional ablative lasers have also been shown to be successful at reducing the visual impact of stretch marks, but this treatment is most effective on newly created stretch marks.
Book Your Consultation

We will assist you in becoming the Younger Version of Yourself (YVY), to restore your natural beauty, and to assist you in shining once more through our services.
Book Your Consultation

Radiesses induce an active, physiologic remodelling of the extracellular matrix by promoting a two-step process in which collagen type I eventually replaces type III. Radiesses-induced increases in elastin production are another sign of active remodelling. Most patients report cellulite reduction 90 days after administering diluted Radiesses (1:1 and 1:0.6 dilutions with a 2 percent lidocaine solution) to the buttocks and thighs. This procedure increased neocollagenesis and resulted in a considerable reduction in the appearance of cellulite. Despite this, multiple published studies have shown that CaHA can help to reduce the appearance of atrophic acne scars. The improvement in Stretch mark atrophic is due to a threefold combination:

Using Radiesse to repair moderate to severe wrinkles and creases and soft-tissue volume loss has been used for over a decade to treat HIV-associated lipoatrophy and face rejuvenation. Non-facial regions, including the neck, décolletage, upper arms, buttocks, thighs, and belly, have shown success with diluted or hyper-diluted injections of this filler to address volume loss and skin laxity.

IPL employs strong pulsed light to penetrate the skin’s surface and target melanin or any redness inside the scar. Photo Rejuvenation uses a spectrum of light to treat skin concerns such as red stretch marks and brown spots, freckles, and cherry angiomas. The lower the response rate to IPL, the whiter the stretch mark or if there are any textural flaws in the scar.