Neurotoxin injection such as Botox or Dysport

The 11 line in the glabella is the first place we use to express ourselves. Its contraction is linked to negative expressions like anger, frustration, and exhaustion, which the person often expresses in an unwelcome manner. Corrugators, depressors supercilii, and the procerus are the major muscles of concern when injecting Botox or Dysport for the frown lines.

The majority of studies have assumed that the glabellar lines behave equally in most people, with just gender (men have stronger muscles and tougher skin), age, race, sun damage, and physical activity-related variations. Injection models on the glabella with three, five, and seven injection sites spread into the corrugators, procerus, and depressor.

In order to achieve satisfactory, normal, and individualized outcomes with botulinum toxin treatment of the glabella, it’s important to recognize that, although people’s anatomy is identical, how they use their musculature differs. The description of glabellar contraction patterns makes it easier to identify the primary force, causing the dosage to be distributed in the affected muscles while minimizing or ignoring the muscles that aren’t used as much. When the drug was stopped, the formerly prevalent contraction patterns reappeared. As a result, botulinum toxin therapy becomes more precise and repeatable and predictable over time.

Marking and injection of Neurotoxins such as Botox and Dysport

This video shows Dr. Kamal Alhallak (A pharmacist with Ph.D.) marking and studying the muscle construction before injecting the Neurotoxin (Botox or Dysport) to alleviate the frown lines.

Line in the upper face starts are dynamic then turn into static. The dynamic lines are easy to control and correct by Toxin injection. However, if we neglected the dynamic lines, the aging process along with the repeated contention results in fat atrophy and static lines 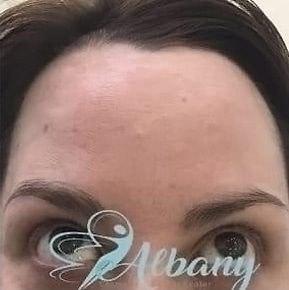 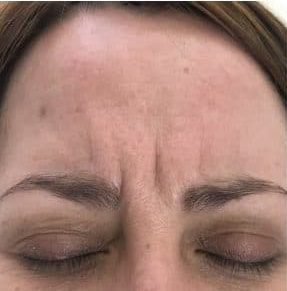 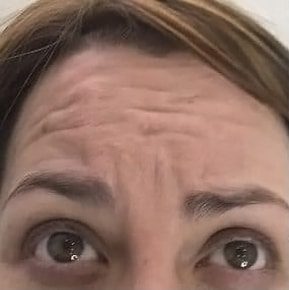